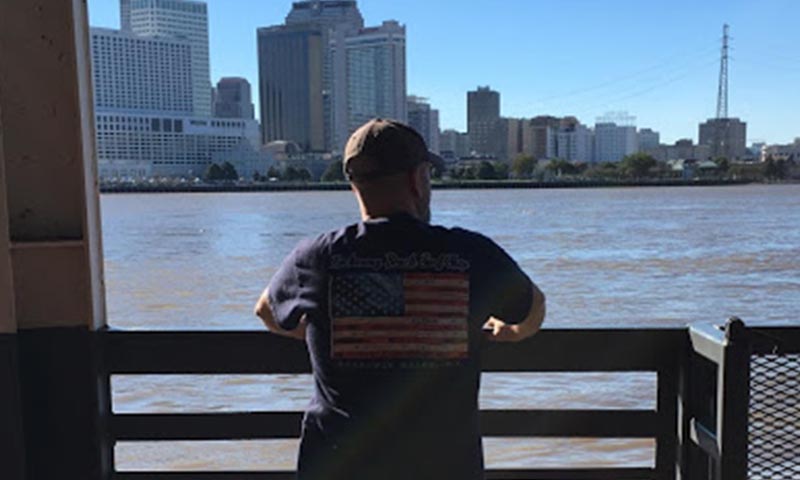 The most effective preventative and responsive aspect of combating human trafficking is you. “You” means every member of the community cohesively sharing knowledge on how to identify red flags of human trafficking, understand how traffickers utilize technology and recruit victims in vulnerable situations, and act on the information which could save a victim’s life. It is crucial to address vulnerabilities shared among victims of human trafficking and those specific to individual and social conditions.
In many cases, citizens in all walks of life can potentially observe red flags of human trafficking and not know it. Human trafficking can occur in any neighborhood or setting, regardless of age, gender, ethnicity, or culture. Red flags also vary based on the targeted groups and specifics of a trafficker’s objectives. Children who are being manipulated often communicate with traffickers through social media accounts and prepared encounters. Traffickers will use resources such as money, food, shelter, and jewelry to manipulate and entice the child. Additionally, look for signs of physical abuse and sudden behavior changes. Foreign national laborers often live in large groups within a domicile and are transported to and from work by specific individuals who control their movements. In most cases, these victims are being held by debt bondage. Their documents may be confiscated, and they cannot leave their situation.
It is estimated human traffickers generate $150 billion in US currency annually from the use of sex and labor in the private economy. However, two-thirds of annual profits earned comes from sexual exploitation. Women and young girls are disproportionately represented at 71% of all trafficking victims. An estimated 3.8 million adults are victims of sexual exploitation, and 99% of those victims were young girls and women. It is important to note men and young boys are also victims of human tracking. As heightened awareness from collaborating entities uniting to investigate, prevent, disrupt, and dismantle human trafficking criminal networks, those numbers could increase.
A shift in emphasis has recently occurred in the fight against human trafficking. Sharing knowledge and awareness is now being coupled and predicated by preventative measures focusing on underlying risk factors. Task forces and collaborators are using data-driven, evidence-based practice registries to leverage against the six primary characteristics of human trafficking prevention strategies:

Promoting awareness of human trafficking is essential to develop the foundation on what it is and the impact this activity has on its victims. Awareness alone cannot derail the human trafficking enterprise; it is now being suggested collaborators use analytic data techniques paired with proper social applications to effectively and efficiently mitigate this global epidemic.
Community-based programs, customized by familiarity to the vulnerabilities across diverse groups, have the potential to prevent human trafficking before it mobilizes. This approach focuses on the potential victimized groups or institutions such as neighborhoods, medical health facilities, schools, businesses, and individual or social pools. In this approach, children and parents are taught to identify red flags and report human trafficking to the proper authorities and build the necessary skills to resist exploitation and the organizations working together within their communities. Increasingly, medical personnel and teachers are often provided training on identifying signs of trafficking and how and who to contact in case of a disclosure of abuse. In addition, some businesses are educated on how they may unknowingly be connected to human trafficking, to sever those connections, and work with authorities to investigate, remediate, and prosecute traffickers. By providing each induvial group education and revelation, human trafficking groups are removed from their silos and exposed with the goal of preventing germination.
Recently researchers at Carnegie Mellon and McGill University created an algorithm that identifies online ads for escorts to locate traffickers and their victims. This algorithm, called InfoShield, identifies anomalies in sampled data clusters. In this study, researchers stated the majority of suspected human trafficking ads are written by a single person, who controls four to six different victims simultaneously. Researchers identified small clusters of ads containing similar or exact communication. They found the individuals following these criteria are more than likely to be of an organized activity, which is a strong indicator of human trafficking. InfoShield is designed to streamline and expedite investigative searches by clustering selected groups together and summarizing commonality. Commonality does not denote guilt. Instead, it illuminates significant suspicious activity.
I hope readers of this article, for example, parents, children, law enforcement, entrepreneurs, teachers, and medical personnel, will become empowered to connect and collaborate with various organizations in their ecosphere and learn all they can about human trafficking and their victims. More importantly, to alert authorities if they believe they have witnessed or know any form of human trafficking. This ability to act will save lives.
As a private citizen, if you recognize signs of human tracking, do not approach or engage the situation, instead call the National Human Trafficking Hotline at 1-888-373-7888 or 1-866-347-2423 to Federal law enforcement. ◙ 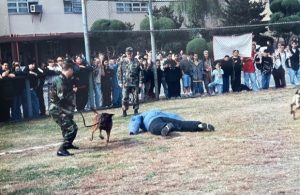 Christian A. Nanry has worked as a Military Policeman and Criminal Investigator since 1996. His experiences include time as a Military Working Dog Handler, Special Reaction Team member, Fugitive and Threat Investigator, Protective Services, Training Cadre member, and worked on various operational and logistical committees.
He holds an undergraduate degree from Empire State College, a master’s degree from Seton Hall University, and a Doctorate of Philosophy from Texas State University.