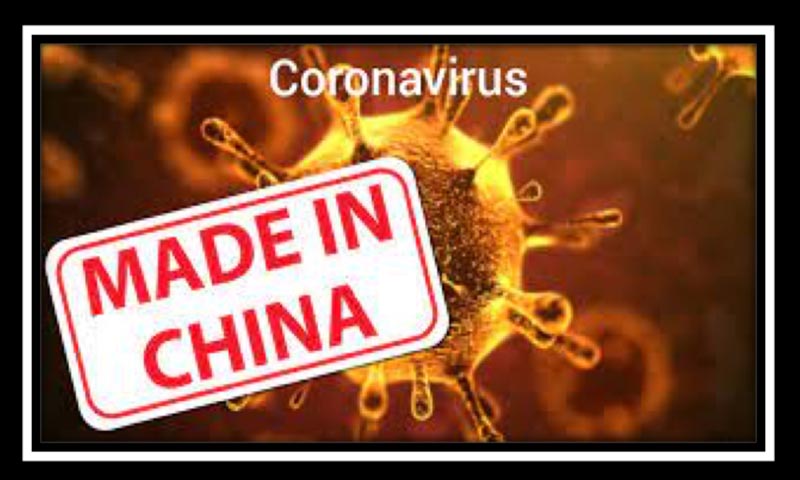 Combating Misinformation Online, One Meme at a Time by Dr. Vesna Markovic and Kimberley M. Skubic

Kids spend between 6 to 9 hours online daily, excluding the time they spend online during the school day. Unfortunately, harmful content persists on social media, including falsehoods that can lead to targeted violence. As of 2021, only two states require media literacy courses in public schools. This statistic became the impetus for the creation of How2INFORM (H2I). H2I is an initiative designed to engage middle school and high school students in fact-based research to combat the rise of dangerous images and messaging on social media. Misinformation, disinformation, malinformation, and conspiracy theories persist on social media. These H2I resources can facilitate critical thinking, particularly while consuming social media. Here is what parents and students need to know to keep themselves safe online this summer!

INFORM is an acronym that can help your kids identify harmful content present in memes or other social media content.

I—Investigate & Identify
Investigate the source.
Identify the writer/author, website, & intended audience.
N—Narrative & Tone
Consider the narrator’s message and tone.
Does it make sense & seem believable? Is it written to inform, entertain, or persuade?
F—Fact or Fiction
Find & verify facts. Do you have doubts about the claim?
Are there grammatical errors and lots of punctuation???!!!
O—Opinion & Context
Recognize opinion & bias.
Could the message/meme be viewed as offensive?
R—Reliable & Credible
Confirm source (writer/author, website) is trustworthy.
Verify name/organization, logo, & “About” info of their website.
Confirm site is not “satirical” or “fantasy” news.
Are claims believable? Do other credible sources support them?
M—Misleading or Manipulative
Determine if info is misleading or manipulative. Label it an example of misinformation, disinformation, or malinformation. Is it related to a conspiracy theory?

Helpful tips: Information may appear in many places online, but that doesn’t mean you can automatically believe it. Trusted sources fact-check reported information & can support their findings. Remain skeptical until you confirm news is true, especially before spreading it online.

MISINFORMATION
Misinformation is false information that has been disproven. The original author or creator may believe the information and share it with good intentions; but doing so causes others that see it, believe it, and spread the false info even further. In some cases, misinformation causes harm.

On April 2, 2021, artist/rapper Earl Simmons, better known as DMX, suffered a heart attack. On April 8, 2021, NBA player Karl-Anthony Towns sent a tweet (since deleted) indicating DMX died. Montrezl Harrell then shared the tweet shown below. Both tweets caused rumors of DMX’s death to spread rapidly; the topic even trended on Twitter. That night, Steve Rifkin, DMX’s manager, released an Instagram video asking the public to give DMX’s family time and space during the difficult time. He explained the rapper was on life support but still alive. Though the original messages were sent by people that seemingly cared about DMX, the misinformation they spread caused unnecessary harm to others.

Using INFORM to review the message, we find:
I—The primary source here is Montrezl Harrell. The audience is Twitter users.
N—It seems believable DMX could have died on April 8, 2021, since he had a heart attack on April 2.
F—AP, a reliable news source, reported DMX’s passing on April 9, 2021. Before that, rumors were being spread of DMX’s death without confirmation from news outlets.
O—Harrell seems emotional in the tweet.
R—This source is a celebrity, not a known credible news source. This claim is believable, but there was no credible confirmation of DMX’s death when the tweet was sent.
M—The information is misleading and an example of misinformation. It is not related to a conspiracy theory.

DISINFORMATION
Disinformation is created to mislead, harm, or manipulate a person, social group, organization, or country. The author/creator is aware the information is untrue but creates and spreads the message on social media anyway. The meme features a photo of Abraham Lincoln and a quote credited to him. The style is popular on social media.
Using INFORM to review the meme, we find:
I—The primary source is unknown. The audience is Internet users.
N—Designed to entertain. WH.gov shows Lincoln lived from 1809-1865. History.com shows the Internet was introduced during the Cold War, long after Lincoln died.
F—The meme is fiction, based on what we learned in the previous step.
O—The opinion/bias is unknown.
R—The source is unknown.
M—The information is misleading and an example of disinformation. It is not related to a conspiracy theory. Since Lincoln is such a recognizable historical figure, it was likely created as a joke and would not lead to harm.

MALINFORMATION
Malinformation is information based on fact, but taken out of context to deliberately harm, manipulate, or mislead others. The meme below shows an image symbolizing Coronavirus. A label with “Made in China” appears on the image, mimicking stickers found on consumer goods originally produced in China. This meme represents many posts, images, and memes of similar messaging circulating online since the pandemic began.
Using INFORM to review the message, we find:
I—The primary source here is unknown. The audience is Internet users.
N—It seems designed to inform or persuade. It stems from the fact that Covid-19 is believed to have started in China, but implies it was purposely created.
F—On April 9, 2021, ABC News reported that scientists are still researching the origin of Covid-19. So, it is unfair, mean-spirited, and dangerous to jump to conclusions and place blame until proper research has been done, facts have been reported, and credible news outlets support information.
O—The meme creator blames China for the virus. Bias is against the country of China.
R—The sources are not known. The claim is unsupported by reliable news outlets.
M—The information is misleading, dangerous, and an example of malinformation. The Conspiracy Chart created by researcher Abbie Richards lists it as a conspiracy theory. 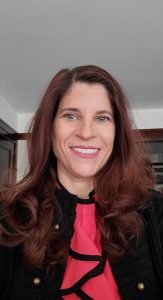 Dr. Markovic is currently a Professor in criminal justice and Chair in the Justice, Law, and Public Safety Studies Department at Lewis University in Romeoville, IL. Her research focuses specifically on suicide bombings, financing terrorism, low-tech attacks, transnational crime, and comparative criminal justice. Dr. Markovic has published numerous peer-reviewed articles in these areas, as well as an op-ed in Forbes magazine. She is a senior lecturer for NATO Center of Excellence Defense Against Terrorism in Ankara, Turkey, and was previously an instructor with the International Law Enforcement Academy in Roswell, New Mexico.
Dr. Markovic also recently completed a Ted X Lewis University “The Connecticut Hall of Change: Honoring Human Growth and Contributions to the Community (CLICK TO WATCH). She also recently mentored a team of students in the Invent 2 Prevent, which focused on preventing targeted violence. The project resulted in the How 2 INFORM project discussed in this article. She holds a BA and MA in Criminal Justice from the University of Illinois at Chicago (UIC) and her Ph.D. in Criminal Justice from Sam Houston State University. 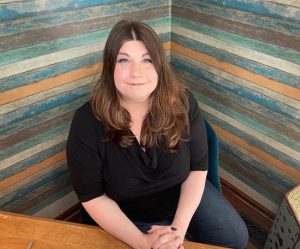 Kimberley M. Skubic received her Bachelor’s degree in Creative Writing from North Central College. Before moving into her current role as Director of a small non-profit, she had worked in project management and editing. Her interest in true crime led her to pursue a Master’s degree in Criminal Justice from Lewis University, where she acted as Team Lead for How2INFORM, an undergraduate and graduate student group designed to combat misinformation online.