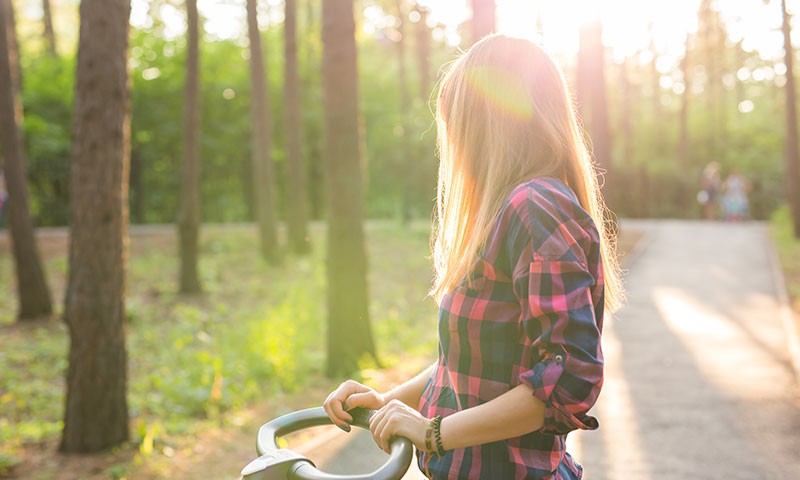 A Daughter’s Journey by Cynthia Renaud

In my role as President of the International Association of Chiefs of Police, I write an introductory article for each Police Chief magazine, highlighting key themes, commenting on the comprehensive content and identifying those universal components of the profession, regardless of the size of the department. The February edition was about leadership, a topic which has been discussed and dissected, challenged and commented upon, especially during the last year and the beginning of this one. As I wrote, I found my article coalescing around key terms: grit, determination, strength, and resiliency, those ever-present characteristics which build and sustain law enforcement leaders always, and especially in the most challenging of times.

And then, I thought about my own daughter and my role as a parent. 2020 has certainly affected all of us both personally and professionally. I suggest that the same skills of successful leaders, those of grit, determination, strength, and resiliency are indistinguishable from those of a successful parent. But as parents, how do we model, mentor and lead in our own homes, with our own children, to infuse those characteristics of strength that will enable them to adapt and overcome – and lead into a better future?

I’ll share some stories about my own experience fumbling along the path called ‘parenthood’, and for a period of time, that path of ‘single-mom parenthood.’ Each story has two different endings: mine, and my daughter’s.

The first story takes place on Christmas Eve a number of years ago. I was a police commander and two officers had been shot the day before; one was recovering, one was clinging to life, and there was a violent suspect still at large. I was assigned to work in the Department Operations Center on the graveyard shift that night, from 6:00pm to 6:00am. As a single mom with a four-year old child, I called my best friend (and my daughter’s Godmother) and asked for help.

Tina and I met in the parking lot of the Union Bank on Pacific Coast Highway at 5:30 pm on Christmas Eve. I gave her my daughter to watch for the night, and continued the drive into work, thinking how sad my daughter would be on Christmas Eve without me and bemoaning my fate at scarring my child in this way. A couple of years later, my daughter said to me, “Mama, do you remember that night I spent Christmas Eve with Nina? How did Santa know where I was? He filled my stocking at Nina’s house! That was so much fun, when can I do that again?” I had agognized over nothing it seems, she had a wonderful Christmas morning, unspoiled by the crisis I was dealing with.

The second story is when I felt certain I would receive ‘Mom of the Year’ because I was attending the Center for Homeland Security and Defense at Naval Postgraduate School in Monterey and my daughter was able to spend several weekends swimming in the pool at the hotel. “What fun she is having enjoying Monterey with a babysitter while I’m in class,” I thought! It was only a few years ago my teenage daughter told me, “Mom, I used to cry every time you left for school. I missed you so much.” No ‘Mom of the Year’ this time, but in retrospect, I was demonstrating the value of lifelong learning which did stick, thankfully.

The next story involves my first agency move from southern to northern California. I left my first agency as a commander, with several years of having a take-home car – my daughter’s car seat securely ensconced in the back of the Ford Crown Victoria with the police radio on at all times. The transmissions were all in police codes I thought, and only served as mostly routine background noise to my daughter. When we transitioned to northern California, I was given my new police car. She and I hopped into the Tahoe, and I reached over to do what I always did: turn on the police radio. And as I did, I felt my 9-year old daughter’s hand cover mine, and as she looked at me, all she said was, “No, mama.” I realized then that she had understood every bit of code and communication over that police radio. She had spent every year of her memorable life thus far listening to Code 3 calls; assault with a deadly weapon dispatches, domestic violence situations, and the list goes on. What I did not know is that she had been internalizing all of it.

Fast forward to the year 2018 when I moved her halfway through high school to return to Los Angeles County when I switched agencies again. This brings us to the Woolsey Fire which raged through our neighborhood requiring teamwork to evacuate safely, in this case trailering horses, a lamb, and putting the dogs and chickens in the back of my work car, with the flames chasing us as we drove out close to midnight. Earlier that week, my husband had suffered a major medical emergency at home and my daughter and I again navigated the crisis as a team, partners really.

Fast forward to the present. My daughter left for college in August of last year. It was different from the long-anticipated experience. Most of her classes were online as a result of the pandemic restrictions, although her Track and Field team practices were in person. With a first, rough semester finished, my child came home for the holidays no longer a child, but a young and resilient woman. She was tested by fire (literally), strengthened through adversity, proud of her scars, and nonchalant about the grit it took to get through it all. Beginning a much better semester this Spring, she off-handedly told me a few weeks ago, “My strategy is that I’m going to pretend like last semester never happened.”

Parenthood is so incredibly difficult. You never know if you are doing it right, doing it well, doing it wrong, or just completely failing altogether. But somehow, through what you model as a parent and what your child is exposed to along the way, one day an adult looks back at you through eyes that shine with the qualities they have earned: grit, determination, strength, and resiliency. ◙ 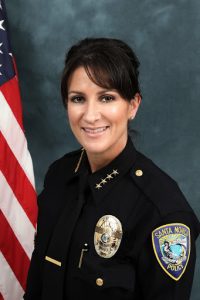 About the Author Cynthia Renaud

Chief (ret) Cynthia Renaud serves as the President of the International Association of Chiefs of Police (IACP); the world’s largest and most influential professional association for police leaders with over 31,000 members from over 165 countries. Chief Renaud has served as the Chief of Police in the City of Santa Monica, CA., the City of Folsom, CA., and as a Commander for the Long Beach, CA., Police Department.

Chief Renaud serves as the Representative of California Police Chiefs Association (CPCA) to the Standardized Emergency Management (SEMS) System, she volunteers for a number of charitable organizations focused on educational engagement for families in need.

Chief Renaud, a published author has been recognized with a number of civic and academic awards and has earned dual Master’s Degrees from California State University-Long Beach (in English Literature) and the Naval Postgraduate School (National Security Studies).