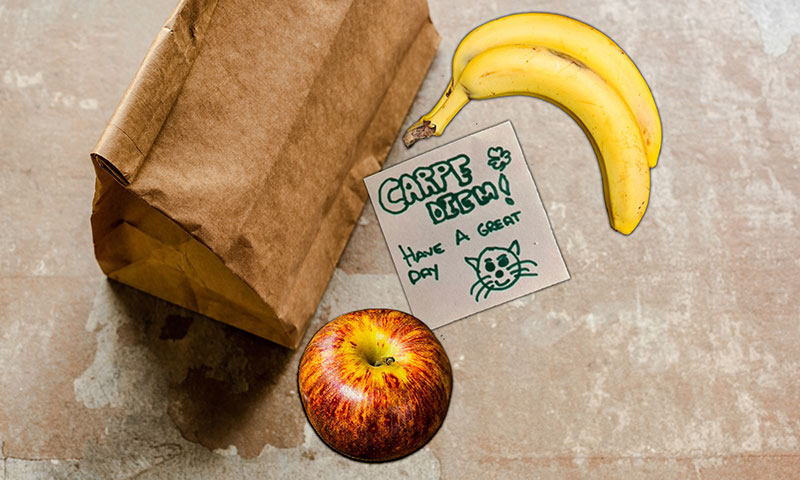 A Parent’s Gift of Gratitude by Patrick Burke

A tough year: There is no way to sugarcoat the fact that 2020 was a difficult year. Businesses failed, unemployment soared, and millions of Americans suffered financial hardships and struggled with increased anxiety and mental health issues. On a personal note, I lost two family members and was saddened that we could not even gather as a family to celebrate their lives. I miss seeing my parents and the cherished time that I normally spend with my extended family. While it would be easy to complain or feel sorry for myself, instead, I choose to feel thankful for all the blessings of this past year.
I am fortunate to have a job that I love, and working from home has allowed me more time to work out, spend time with my immediate family and take time to reevaluate my life’s priorities. With nearly thirty years in Law Enforcement in Washington DC, I have learned to compartmentalize tragic experiences I’ve encountered and focus on the many things that I am grateful for. While that may be a coping technique that has served me well, passing that on to my children is not quite as easy. For this reason, I have had to do some self-reflection in learning how to sympathize with their emotions and on the challenges this pandemic has presented.

Observing and acknowledging:
From my teenager to my three adult children, who are in their young 20’s, I realize that their worlds have been turned upside down. School cancellations, remote work, isolation, anxiety, and a social overhaul of their lives have impacted each of them differently. I must remind myself to be an active listener in hearing their concerns as well as acknowledging them.

Validating the difficulty of these trying times:
My daughter who just graduated from college and had a job lined up, saw that prospect change due to COVID and has since struggled to find a permanent job in her career field. My wife and I have been supportive of her efforts to be self-reliant, while assuring her that there is an end in sight and that many others are in a similar position.

Be honest – to a point:
I think it is fine to talk to our children about our concerns and feelings, but as parents, who also love our children unconditionally, putting their well-being above our own comes naturally and we do not want to saddle them with the additional burden of worrying about us. Still, it’s ok to let them know that we miss the normalcy of our routines as they do.

Adapt and bond:
It is interesting to see what coping mechanisms our children develop to handle adversity. One of my daughters started a side-business, one daughter surfs, my son enjoys video games, and my youngest has immersed herself in her studies and fitness. While I know I will never surf, I find it important to get myself involved in their activities and participate in any way possible – whether watching from the shore, learning more about the business, or participating personally. At some point in my pre-COVID life, I had the opportunity to coach all four of my children in sports. This was a great way to learn more about them – and new interests simply mean new ways of bonding.

Quotes to live by:
When packing my kids lunches everyday from kindergarten through high school, I would include a note telling them that I loved them and a horribly drawn picture of an animal along with the simple quote ‘Carpe Diem’ – Seize the Day. It’s nice to see my children use this quote frequently and even tell me to ‘Carpe Diem’ when they want me to join them in an activity.
Einstein was quoted as saying “In the middle of difficulty lies opportunity.” That couldn’t be more relevant to the times that we’re living in and we merely need to find these opportunities. From a preparedness perspective, President Kennedy said, “The time to repair the roof is when the sun is shining.” This time away from the office can be used to do the things that we often put off (like updating insurance and wills, checking smoke detectors, refreshing emergency preparedness (go) kits, etc). I’ll close with my favorite quote that I try to live by and remind myself of frequently. Aristotle stated, “We are what we habitually do. Excellence, therefore, is not an act, but a habit.” If we can commit to making ourselves lifelong learners, who consistently seek to be excellent parents, spouses, coaches, leaders, and teachers – we can in fact improve who we are as humans and leave an impactful legacy on our children and our communities. This remains a work in progress. ◙ 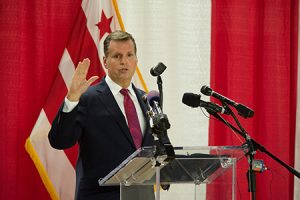 About the Author Patrick Burke

Patrick Burke currently serves as the executive director of the DC Police Foundation after finishing a term as the U.S. Marshal for the District of Columbia and serving 27 years with the DC Metropolitan Police Department.

The Honorable Patrick A. Burke was nominated by President Barack Obama on February 4th, 2016 and confirmed by the Senate on May 25th, 2016 to become the 42nd United States Marshal for the District of Columbia. During the President’s nomination remarks he praised Burke’s “stellar track record” in public safety. President Obama credited Patrick Burke with helping coordinate security for major events as the Metropolitan Police Department’s principal coordinator and incident commander for a Papal Visit, G-20 Summit, Nuclear Security Summit and for the 2009 Presidential Inauguration.

Prior to joining the United States Marshals Service, Patrick Burke received his undergraduate degree in criminal justice from the State University of New York College at Buffalo, and holds a Certificate in Public Management from the George Washington University, as well as two Master’s degrees: one from Johns Hopkins University in management; the other, from the Naval Post Graduate School’s Center for Homeland Defense and Security in executive Homeland Security Studies. Patrick Burke completed intense executive training at the Senior Management Institute for Police (SMIP) in Boston, MA. He also clinched complex counter-terrorism training in Israel and is a distinguished graduate of the Federal Bureau of Investigation’s National Academy. He has taught at both the graduate and undergraduate level at the George Washington University, College of Professional Studies and at the Graduate level at Georgetown University’s School of Continuing Studies in Applied Intelligence.

Patrick Burke was recognized by the Center for Homeland Defense and Security when presented with its Straub Award for Academic Excellence and Leadership and by the National Highway Traffic Safety Administration when presented with its Award for Public Service. He received MPD’s Achievement Award for Meritorious Service, Lifesaving Medals and the Police Medal. Patrick Burke also is the recipient of the prestigious Morris and Gwendolyn Cafritz Foundation Award for Distinguished D.C. Government Employees for his excellence in public leadership. During his tenure with the Metropolitan Police Department, he served as the agency’s first Homeland Security Chief and later served as the Assistant Chief of the Strategic Services Bureau. Patrick lives in Washington DC with his wife and four children, where he serves on several boards and is heavily involved with youth intervention and coaching.