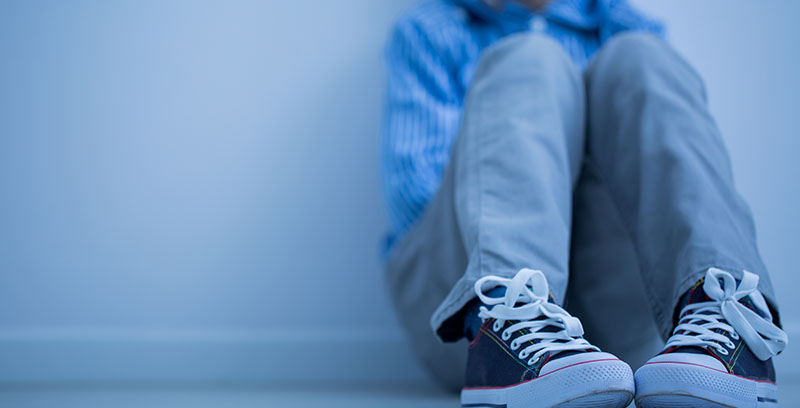 Human trafficking and exploitation have received heightened attention over the last two decades, generating awareness of this global epidemic over various categorized groups: ethnic origins, nationalism, economic status, gender preferences, religious viewpoints, and political affiliations.
Much of the research and interest has focused on sexual exploitation, correctly acknowledging the impact trafficking has on young girls and women. However, current research and attention often does not focus on males as victims of modern slavery.
This article aims to provide a brief overview of the gaps in research on male victims and educate parents on how these gaps can affect their male children, family members, and friends.
The Trafficking Victims Protection Act of 2000, as amended (TVPA), defines human trafficking as: Sex trafficking in which a commercial sex act is induced by force, fraud, or coercion, or in which the person induced to perform such an act has not attained 18 years of age; or The recruitment, harboring, transportation, provision, or obtaining of a person for labor or services, through the use of force, fraud, or coercion for the purpose of subjection to involuntary servitude, peonage, debt bondage, or slavery.
It is important to note, a victim does not need to be physically transported from various locations for the crime to fall within this definition. Gender is also not isolated as a variable to satisfy a violation of the TVPA.
Since the passage of the Protocol to Prevent, Suppress, and Punish Trafficking in Persons in 2000 by the United Nations General Assembly, research on human trafficking has garnered greater emphasis and scope beyond its prior support and focus. Historically, the majority of research on trafficking and its victims has focused on the sexual exploitation of women, leaving the experiences of male victims undocumented.
A study from Florida State University synthesized human trafficking literature from 2000-2014 which revealed the frequency of human trafficking articles have increased from 22 articles in 2000 to 154 articles in 2014. The years 2007 and 2008, yielded 84 and 122 articles.
Comparatively, this is a significant increase from the previous years of the study with 20 and 30 articles. Over both periods of time, published trafficking articles concerning sexual exploitation remained consistent. However, articles focusing on labor trafficking have increased to roughly 70% between the years 2010 to 2014.
The victim population of this study revealed women were the overarching focus of the literature. The general victim category produced twice as many articles in the years 2007 and 2014. Male-driven articles were limited in number, with the top two years in 2010 and 2013 producing three articles per year.
Out of the 404 empirical articles used in this study, sex trafficking was the most common category at 40%, labor trafficking at 35%, organ trafficking at 30%, and general trafficking at 2%.
Roughly half of the study’s sample revealed the victim’s category as general, in which victim populations were combined rather than being separated by gender. Females constituted the largest category by gender, followed by women and children.
Males were predominately placed in the combined general category, and young boys were combined with the children or women categories, rarely being addressed individually. Although female categories statistically had the highest percentage of articles focused on sex trafficking, males were more likely to be identified in articles concerning organ and labor trafficking.
In 2019, a research study at the University College London sampled 2,630 confirmed victims to compare victim demographics and official responses in the human trafficking processing spectrum. The most consistent aspect of the research showed an overemphasis and focus on sex trafficking at the expense of other forms of trafficking. This ideology runs parallel with many experts who believe labor trafficking is more prevalent than sex trafficking but is underrepresented in official statistics due to a lack of emphasis and sensationalism.
The results of the study showed pronounced distinctions between trafficking types: female victims made up the majority of victims for sex trafficking and domestic servitude (n = 1076, 97.3%; n = 291, 86.6%), but fell under a quarter of trafficking victims (n = 291, 22.6%). A chi-square test revealed gender differences between trafficking types were significant (χ 2 = 1457.79, df = 2, p <0.001). The data in this study was also stratified into traditional binary and non-binary categories.
In 2021, the Hasbro Children’s Hospital released a study that demonstrated male victims of sex trafficking possess many of the complex behavioral, medical, and psychiatric concerns shown by female victims of sexual abuse.
In the case of male victims, males are difficult to identify for fear of being perceived as a willing participant, a homosexual, or a deviant. Additionally, the results suggested current research is myopic in nature; focusing almost exclusively on females. Thus, leaving males unidentified and undetected.
Currently, no research exists specifically examining male youth who present themselves in outpatient medical clinics for any concerns of sex trafficking. Over 50% of the child pornography in the United States includes young boys, yet no studies exist on how this statistical difference relates to various forms of victimization specific to boys and young males.
Male victimization within human trafficking is underreported, underrepresented, and often undocumented. Male victims are often unwilling to identify themselves due to negative sociological inferences and inadequate community support.
The drive to research male victimization with the same fervor as female victimization is undercut, as categories such as labor trafficking, normally male-dominated, is not as attractive to the media. However, as more labor trafficked victims are reported, males being identified as trafficked victims is increasing.
The National Center for Missing and Exploited Children encourages parents and caregivers to interact with their children without pressuring or judging their children’s actions, even if they are alarmed.
By remaining calm and nonjudgmental, parents are able to foster open-ended dialog with their children in order to navigate diverse situations. Parents are also encouraged to thank their children for their willingness to talk to them. In the case of young boys, this is imperative.
To reveal the true statistics of males being exploited, sociological changes are necessary for males to identify themselves as victims. Parents can become the primary catalyst for change in perception and the acceptance of male victims. Be the change.

If your child is being sexually exploited, reach out to the National Center for Missing and Exploited Children Cyber Tip Line. You can contact the National Center for Missing & Exploited Children 24 hours a day at 1-800-THE-LOST (1-800-843-5678). As a private citizen, if you recognize signs of human tracking, do not approach or engage the situation, instead call the National Human Trafficking Hotline at 1-888-373-7888 or 1-866-347-2423 to Federal law enforcement. You can make a difference. ❦ 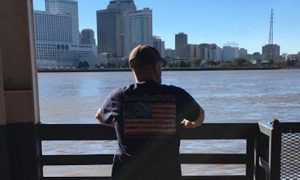 Dr. Christian A. Nanry is a veteran and serves his community as a law enforcement official. He holds an undergraduate’s degree from Empire State College, a master’s degree from Seton Hall University, and a Doctorate of Philosophy from Texas State University.