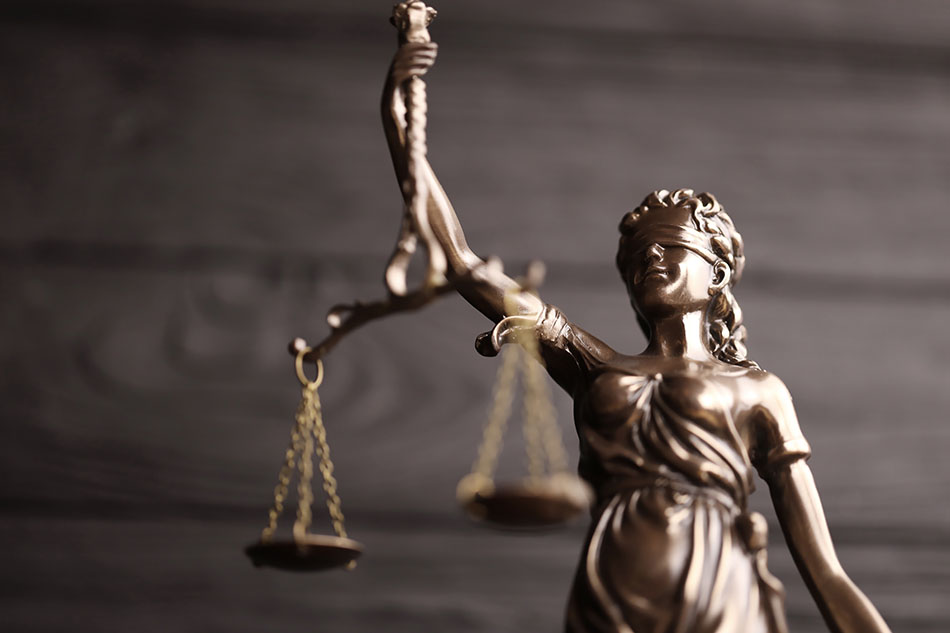 Public Service a Family Tradition By Terri A. March-Safbom and Conor P. Safbom

If acquiring financial wealth is your goal, then a career in public service is probably not right for you; after all, there are no stock options in government. There are several reasons why an individual would choose a career in public service, but the overriding motivation is usually to have a sense of purpose and make a difference in the world. In a recent article published by Columbia Southern University, the top inspirations for considering a career in public service include a desire to save lives, improve communities, influence social change, and achieve personal fulfillment.
In today’s politically charged environment, cynicism about government is the norm. A 2015 Pew Research Center poll found a meager 22% of citizens believe the majority of elected officials place the country’s interests ahead of their own. Despite partisan differences and general mistrust, a majority of the public surveyed have a favorable opinion of the role of government in areas such as keeping the country safe from terrorism, responding to natural disasters, ensuring safe food and medicine, and managing immigration. Although a majority of those surveyed believe our nation’s difficulties lack simple solutions, they also believe ordinary Americans can make a contribution by choosing a career in public service.

TERRI’S PATH TO CRIMINAL JUSTICE
There is a history of public service in my family; my father served as a Marine in World War II, and my mother left a small town in Tennessee to work for the FBI in 1948. Despite this legacy, my personal journey into public service did not take a conventional route. After moving from Washington, D.C. to Las Vegas, Nevada in the late ‘70’s, I was drawn to the glittering lights of the Strip and spent 17 years in various positions at several hotel-casinos. Climbing the corporate ladder provided substantial financial rewards and incentives, but very little in the way of self-actualization. The 24/7 nature of the work environment provided even less in the way of maintaining a normal family life, an important consideration for my husband and I and our then three-year old son. Although it was a difficult decision to walk away from a career that I had spent nearly two decades building, I came to realize that I needed more than monetary compensation to be fulfilled. More importantly, I also realized that I wanted to do something with my life that would make my son proud.
My work history and education were not natural fits for the government. At the time I had a B.S. in Accounting and an M.B.A. – great assets in the corporate world, but not suitable for many of the available positions in local government. I eventually landed a job as a Budget Analyst in the Clark County Finance Department, which was not exactly the fulfilling career I had envisioned, but which turned out to be a great place to get a birds’ eye view of government agencies and their missions. I was assigned to oversee the budgets for the criminal justice system departments, which required constant meetings and departmental observations to gain an understanding of their fiscal needs. Gaining this insider perspective allowed me to discover a career path that became a calling and passion, rather than just a job. In less than four years, I became the Court Administrator for the North Las Vegas Justice Court, a position I still hold.
Transitioning from a corporate environment to the justice system was more than just a culture shock; it demanded an entirely new skill set for which I felt poorly equipped. While adapting to my new responsibilities, I recognized that I needed formal education to supplement the on-the-job training. The National Center for State Courts’ Institute for Court Management programs are considered the premier training ground for court professionals. I enrolled in and completed the Certified Court Manager, Certified Court Executive, and Fellows programs. The Fellows’ program requires a thesis and culminates in graduation at the U.S. Supreme Court in Washington, D.C., with Chief Justice John Roberts serving as the keynote speaker.
Although it was very demanding to juggle all these commitments, it was also a great opportunity to set an example for my son. It was important for him to see the rewards that come from putting forth one’s best efforts, and it was an extremely proud moment when my thesis, “Planning for the Future,” received the Vice President’s Award of Merit for Applied Research. I would like to think he was somewhat inspired by participating in the ceremonies surrounding these accomplishments.
I have been equally inspired by my son’s achievements. His acceptance into the United States Naval Academy in 2015 was not only a moment of tremendous pride for our family, but a catalyst for my continued education. His sense of mission and purpose highlighted my own place within the homeland security framework, and ultimately led to my participation in the Naval Postgraduate School’s Center for Homeland Defense and Security Masters’ Degree program.

CONOR’S PATH TO NAVAL AVIATION
I was most encouraged to pursue a career in public service by my grandfather, Robert Safbom. He had served as a fighter pilot in the US Air Force during the Korean War. When I was in middle school, he gave me a book about the US Naval Academy, and flipping through the pages, I was left with a profound sense of duty. The Naval Academy did not seem like other colleges; I was attracted to the way midshipmen carried themselves.
The reality of public service is that not everyone wants to stick it out, even if they attend a service academy. I knew there was a somewhat transactional nature to the service academy promise. A common phrase at the Naval Academy is “five and dive,” referring to the practice of leaving the military immediately after the five-year commitment we owe to the US Navy or Marine Corps upon graduation as commissioned officers. Many elect to pursue lucrative positions in the private sector or higher education, and these are all admirable goals. However, there is a certain code of ethics, both edified in law and unspoken, that drive the actions and conduct of good public servants, something I see in my mother every day. This is the type of person I aspire to be: not a person motivated by personal gain, but by how my actions may contribute to the public good.

Final Thoughts
Public service isn’t necessarily a good fit for everyone and requires a demanding set of skills to be successful. An effective public servant possesses critical thinking and problem solving skills; is a good communicator, able to both listen and persuade; has a respect for hierarchy and is diplomatic; is resilient when faced with pressure or obstacles; retains a cooperative demeanor when negotiating or working with external agencies; and can demonstrate leadership even in the absence of power. If this describes you, and having a sense of purpose is more important than making a profit, then a career in public service may be right for you. ❦ 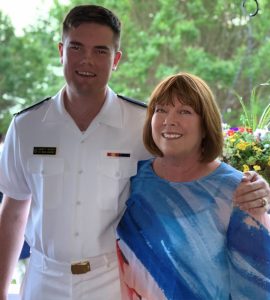 Terry March
Terri March has been the Court Administrator for the North Las Vegas Justice Court since 2004, and is a graduate of the University of Nevada, Las Vegas, with a Bachelor’s of Science in Accounting, a Master’s of Business Administration, and a Master’s of Public Administration. Terri left the hotel/casino industry after 17 years to pursue a career in public service, ultimately entering court administration.
Advancing her education through the National Center for State Courts, she completed the Court Management Program, Court Executive Development Program, and became a Fellow of the Institute for Court Management in 2009. She graduated from the Naval Postgraduate School’s Center for Homeland Defense and Security Masters’ program in March 2018. Her thesis, “Weapons of Mass Distraction: Strategies for Countering the Paper Terrorism of Sovereign Citizens,” was developed into a distance learning webinar for the Nevada Supreme Court, and will be presented to a national audience with the American Judges’ Association in 2022.

Conor Safbom
Terri’s son, LTJG Conor Safbom, USN, graduated from the United States Naval Academy in 2019 with a degree in Aerospace Engineering. During his First Class (senior) year, he was selected as a Shoemaker Scholar, an academic scholarship which afforded him the opportunity to pursue an M.S. in Astronautical Engineering from the Naval Postgraduate School. He conducted research with Dr. Marcello Romano in the Spacecraft Robotics Laboratory and wrote a thesis entitled “Design, Testing, and Analysis of Self-Toss Hopping Maneuvers of Astrobee at NPS and NASA Ames Research Center.” Following his graduation from NPS, he moved to Pensacola, Florida, to begin Naval Aviation training. He completed primary flight school in August of 2021 before selecting the E-2/C-2 pipeline. He will continue his flight training in Corpus Christi and Kingsville, Texas, before ultimately reporting to Norfolk, Virginia, to learn to fly his ultimate platform.