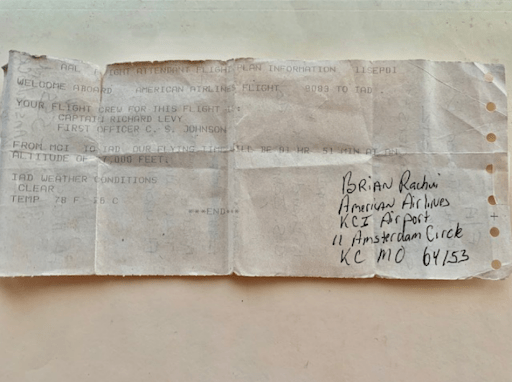 I have had the absolute privilege of a full career in federal law enforcement being led by selfless individuals who were always mission-driven, and later, having the opportunity to lead in the same way. Law enforcement is a fascinating career as it affords one the opportunity to bear witness to the very best and the very worst of human behavior. If we are lucky, we can do that without being consumed by the evil parts, and instead, find solace and a bit of joy in the ability to help others and make the world a safer place. As we approach the 20th anniversary of a series of events which changed the way we look at the world, I reflect back for a moment to 1993 and the first attempt by a foreign adversary to destroy the World Trade Center, which occurred on February 26th, 1993 shortly after noon on a busy Friday. My recollection includes the overwhelming inhalation sensations from smoke and ash, leaking sewage from burst pipes, and the relentless sounds of car horns initiated by the blast wave and the deployment of airbags.

The FBI Joint Terrorism Task Force (JTTF); NYPD and ATF worked seamlessly together with a common mission and a shared sense of urgency. When the bell rings, everyone in law enforcement responds without question.
Interestingly, the first news reports erroneously attributed the incident to a bombing in the subway which quickly changed as the responders arrived at an extraordinarily complex scene which left six dead and hundreds injured. The adversarial attempt to topple one tower into another failed, in part because the original architectural design included extra stability pillars to protect the structure from shifting in an earthquake. Had similar vans with a similar amount of improvised explosives been placed at each pillar — instead of adjacent to one — they may well have achieved their goal. Despite careful planning, the use of the only entrance to the garage not on camera, and the knowledge of where a delivery van could be parked for short periods without inspection, they missed that architectural detail. Eight years later, it did not make a difference at all.

At that time, I was on rotation from my parent agency (ATF) to the Central Intelligence Agency, Counterterrorism Center (CTC) and soon became part of a global team pursuing those culpable for the planning and execution of the attack, and those who financed it.
On September 11th, 2001, ATF was hosting an intelligence conference in Kansas City, MO., initiating the launch of a newly formed Intelligence Directorate for which I was appointed as an Assistant Director. It would be the first time many of our agents and analysts from across the country would all be together at the same time in the same location—and the last. As the terrible events of 9/11 unfolded, the conference quickly transitioned into a commend center. We then navigated the complexities of getting our team of agents and analysts home to their duty stations and to their families. At that juncture we did not even know the fate of our personnel stationed at 6 World Trade Center. My first decision after the change to a Command Center posture was to have everyone (myself included) call home, assure loved ones of our safety and tell them that contact would be limited and returns delayed. This helped relieve a considerable amount of stress on both ends of the telephone and to provide the undiluted mental acuity for absolute focus. It was an unintended but invaluable best practice.
Thanks to the relationship of one of our senior special agents with a pilot from American Airlines, which originated as the result of another tragedy at the Oklahoma Federal Building bombing On April 19th, 1995, American Airlines diverted a flight carrying their Peer Support Team to DC for colleagues and families of those lost on AA Flights 11 and 77.

All were AA volunteers in civilian clothes led by Captain Richard Levy and First Officer, C.S. Johnson, Manager (KCI) Brian Rachui, Flight Attendants: Marty Turner, Mark Smeltz, Steve Sanders and Leslie Farrar. The airport was of course empty; we handled our own luggage and Our Flight, AA Flight #9083 (upper right-hand corner of manifest) flew that evening to DC, likely the only commercial flight in operation at the time. We were picked up by a bus to which a blue flashing light had been attached and driven by the Pentagon which was engulfed in a raging fire and delivered to do our work by 11:30pm. By 11:45, I was at the SIOC; Strategic Information and Operations Center, run by the FBI, and led by Director Robert Mueller and supported by an amazing interagency group of law enforcement, intelligence, and prosecutorial professionals. I marvel still at the relentless strength of Director Muller, only four days into the job following cancer surgery and the dynamic spirit in all personnel, regardless of job title or agency affiliation.

ATF, like every other law enforcement agency across the country, and in many cases across the globe, deployed every available resource without constraint, every resource. There were no jurisdictional disputes at any of the three disaster sites. The only friction was from a reluctance to take a break or any leave, especially from the hallowed grounds which harbored the remains of the lost, until the idea of proof of life was reluctantly let go. The ability to improvise on demand — a skill embedded into the DNA of first responders — was ever-present as runners were deployed with paper instructions between response units as coms went down at the Pentagon; helmets, boots and ungloved hands were used to move debris at the towers in New York, where even the most exhausted stood at rigid attention whenever human remains were found, honoring fallen colleagues and folks they had never even met. In Shanksville, PA., agents responded unable to do anything but quietly excavate the scene of the crash of Flight 93, heroically diverted from its intended target at our Nation’s Capital. It is simply what these selfless men and women do, and it is instinctual, not part of any formal training. I have been fortunate to meet and be a neighbor of Todd Beamer’s parents who shared wonderful stories of his youth, his spirit, and his love for his kids and his family. It was no surprise to his parents that Todd rallied fellow passengers in an attempt to wrestle control of Flight 93 from the hijackers, without a second thought or moment of hesitation.

Twenty years has yielded an undefeatable sense of resiliency, an unmatched before or since desire to serve, with many leaving full careers to join the military, intelligence, and/or the First Responder communities. It also includes the children, those left without a parent on 9/11, becoming firefighters and police officers with quiet courage. We lost, and continue to lose, many first responders as a result of their digging through the toxic debris for weeks, yet each would unquestionably do it again, it is what they do.
We have witnessed the evolution of the Office, later, Department of Homeland Security, the restructuring of the Government, and the passage of legislation that has stood the test of time. The Center for Homeland Security and Defense (CHDS) stood up and opened its doors to the best and brightest providing a safe haven to learn and to contribute to the literature base ensuring that we as a Country never forget our obligation to serve and protect. ◙ 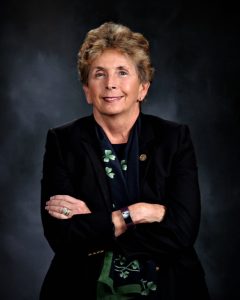 Dr. Kathleen Kiernan is the President of NEC National Security Services, a global company dedicated to orchestrating a brighter world with cutting edge technology while creating shared value in communities across the world.
She is the Founder and CEO of PWPORG.ORG, a 501(c) (3) charity designed by educators to empower parents and children to invest in their own safety and security through education and community engagement. The team envisions a connected world in which there is a common understanding of and shared responsibility and accountability for protecting kids from threats to their safety.

Dr. Kiernan is a former federal law enforcement executive and a recognized expert in strategic thinking, strategy development, and facilitating critical incident management exercises for senior leaders across government and private sector organizations. These include national and international level policies related to criminality and terrorism; identity management, Active Shooter and Insider Threat; anomalous behavior detection; continuity of operations and crisis management. In addition, Dr. Kiernan serves as a SME for Risk Assessment and Gap Analysis efforts for some of our nation’s most critical assets.

She was the Principal Investigator for an international project related to suicide bomber methodology; the results of which informed national level risk mitigation policies and the development of behavioral detection training, as well as countermeasure investment.

Dr. Kiernan is an adjunct faculty member at the Center for Homeland Defense and Security at the Naval Postgraduate School. She is also a member of the AFCEA Intelligence Committee, Business Executives for National Security (BENS) and ASIS International. She is an Advisor for the Center for Advanced Red Teaming at the University of Albany, SUNY and for the John Lewis Academy at the John Lewis High School.