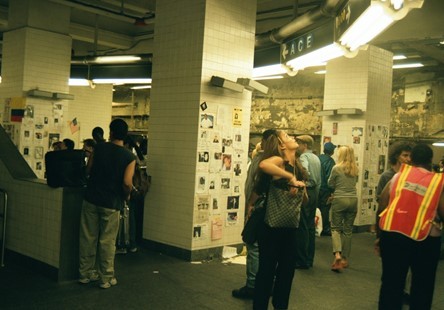 Can We Truly Be Prepared For An Overwhelming Crisis? By James F. Albrecht

We now acknowledge just how overwhelming and traumatic 9/11 has been on the American and global public, even those not directly affected. Many still experience post-traumatic stress and suffer illness and injury as a direct result of the response. But how the individuals dealt with that crisis as it unfolded has been a subject of great reflection over the past two decades. I was a first responder and Incident Command staff member on that fateful day, involved in rescue, recovery, investigative, and counter-terrorism efforts at the World Trade Center and across New York City for months after that.

I still recall 9/11 as if it were yesterday. At the time, I was an NYPD Captain assigned as the commanding officer of a large police station dedicated to safety and security on the subway system in the New York City Borough of Queens. We safeguarded over 50 subway stations and more than one million subway commuters daily. Our main task was preventing crime and ensuring that our citizens and visitors to our beautiful city could commute through the city without fear. On September 11, 2001, I was assigned to the day shift, from 7am to 3pm, as the Duty Captain, which meant that I was responsible for responding to any major incidents throughout the Borough of Queens. I had volunteered to be the Duty Captain on that day since I had agreed to drive my parents, aunt, and uncle to JFK Airport to catch a flight to Las Vegas before my shift started that morning. I specifically remember the weather, since it was a beautiful September day, around 75 degrees with clear blue skies.

At approximately 8:45am, a colleague informed me that a plane had crashed into one of the World Trade Center towers. I found this to be impossible, as the sky was so clear, and I recall thinking that the visibility for pilots surely must have been perfect. As the Duty Captain, I grabbed my police radio and then did what most people did in response to that information; I turned on the police station television, put on a local news station, and watched with some police colleagues. We intently listened to the police radio frequency, which transmitted major emergencies across the entire City of New York. There was an immediate call for extra police officers from Manhattan to respond and to deal with the unfolding situation at the World Trade Center. Still, no sense of urgency was conveyed to NYPD officers working in the outer boroughs.

At 9:03am, the situation at the World Trade Center quickly changed when another plane struck the second tower. I immediately called the NYPD Operations/Command Center at NYPD headquarters to ask if the information being reported by the media on live television was true and asked what steps we should take. Almost immediately, the police dispatchers informed on all police frequencies that a ‘Level 4 Mobilization,’ which involves a coordinated city-wide response of police personnel to the critical incident site, had been requested. As the Duty Captain, it was now my responsibility to respond and coordinate the deployment of NYPD personnel from Queens.

I immediately started to re-deploy police personnel across Queens via the local police radio frequency. I provided further instructions to the supervisory staff at the police stations under my direct supervision. I also ordered the police bus and one patrol car to stand by for swift mobilization. I had two teams of 10 officers starting their shifts at the time and opted to have them collect their mobilization and disorder control gear and immediately respond to the awaiting NYPD bus. I informed the local headquarters staff to call in the regional commanders and all key personnel from home and deployed uniformed personnel to key locations across Queens. Just as we were leaving, three FBI agents approached us and asked to join our cadre in the large police bus. At the same time, the police station lieutenant informed me that a third plane had struck the Pentagon. We all realized that a war against the United States had just started.

As we drove toward Manhattan, we noted that all traffic was diverted off the main highway. There was a line of ambulances, police vehicles, and fire trucks traveling full speed to the emergency. Just as we had a full view of the beautiful and impressive Manhattan skyline, I heard a police officer screaming into his police radio: “Watch out, the building is starting to come down!” I wondered what building the police officer was talking about but quickly turned to see the first World Trade Center collapse. My first thought was wondering how many police officers had just been killed. I stopped my patrol car and the police bus at the entrance to the Midtown Tunnel and picked up three FDNY firefighters who were desperately waiting to join the responding personnel.

Within minutes we arrived near the World Trade Center as the dust of the collapsing tower was settling down and permitted us some visibility. As soon as we disembarked from our vehicles, I assembled the police personnel and told them that we should be extra cautious as we walked into a situation we had never before faced. The police chief at the scene designated me the ‘Administrative Officer’ at the incident command post (which we set up in an abandoned city bus) and told me to assemble responding personnel and deploy them to posts at and around the World Trade Center. Just minutes later, the ground started to shake, and the second World Trade Center tower collapsed. Most of us took cover in a nearby subway station, and we watched as the dust cloud chased us down the subway stairs. It took a few minutes, but we continued walking to the World Trade Center once we regained some visibility. We witnessed a large-scale disaster site, with the surrounding area covered by white powder and a dust cloud that went on for miles. There was a general sense of genuine astonishment and disbelief. I actually worried about the hazards apparent in the dust cloud, but we had a job to do. We could not contact many colleagues, as most police radios were not functioning properly.

The police chief instructed me to start accounting for NYPD personnel who had responded. Since the police radios and mobile phones were ineffective, I literally had to use a landline telephone that I located in a subway station to call police stations and ask whether any of their personnel were missing. I prepared this list of names that obviously never in my career wanted to document. I continued to maintain the ‘Command Log’ with all pertinent information and was pleased that none of the police personnel who had responded with me were missing, though I collected many names on that list.

For some reason, I started to think about my own family. My parents and relatives had been on a plane heading to Las Vegas. I wondered if perhaps it was their plane that struck the World Trade Center towers. I was able to find out the flight numbers of the three airplanes involved so far and was, for the time, feeling less somber as I learned my family was not on those flights. But we were also informed that another 12 flights in American airspace were not accounted for, so I was not totally at ease. I located a payphone and called my best friend’s home. He wasn’t there, but I was happy to hear that his family was all okay. I instructed them to close all their windows and put on the air conditioning, as I was concerned about the negative impact of the dust cloud that had enveloped the city.

Obviously, this crisis did not end on September 11th. The rescue operations went on for six weeks as a large fire burnt under the debris. The recovery process went on through May 2002. Most of the individuals who were killed were never recovered at the site. The crime scene investigation and identification of evidence lasted for three years. The counter-terrorism deployment continues today. The negative impact of these events is apparent 20 years later, as more than one thousand first responders have died from World Trade Center illnesses, unfortunately complementing the 420 first responders who died on September 11, 2001. More than half of the first responders who were at ‘Ground Zero’ have been diagnosed with cancer or other debilitating illnesses that include serious breathing and gastrointestinal diseases and post-traumatic stress disorder.
Clearly, the United States and the world have learned many painful lessons due to this tragic disaster. One honestly must ask oneself what could drive a small complement of individuals so filled with hatred that they could kill more than three thousand innocent people. We must all hope that the United States and governments across the globe are better prepared today to prevent and effectively respond to major disasters, whether natural or man-made.

The US government did develop the Department of Homeland Security for that distinct purpose, has mandated the utilization of the uniform National Incident Management System (NIMS) for all jurisdictions and responding agencies, and has enhanced the capabilities of the Federal Emergency Management Administration to respond to and coordinate major crises. American states and many regional and local governments have since 2001 established an Office of Emergency Management to ensure coordinated planning and action. It would thus appear that 9/11 and the COVID-19 pandemic have forced government officials, public service administrators, private organizations, and individuals to acknowledge the relevance of effective, competent, and integrated transnational, interstate, regional, and local planning, mobilization, and response – At least, I hope so. ◙ 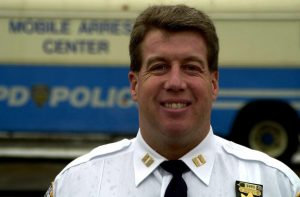 James F. Albrecht is a retired NYPD Captain, a first responder and incident command management member at the World Trade Center on September 11, 2001, and many other major events across New York City.
Jimmy is also a Retired Police Chief who served three years as the Chief of Criminal Investigations for the United Nations and European Union police agencies in Kosovo (former Yugoslavia). He is presently a Professor of Criminal Justice and Homeland Security at Pace University in New York City.